Pastor Chris Oyakhilome, D.Sc., D.D., is esteemly called Pastor Chris. He founded the Christ Embassy International Church also called Believers Love World, headquartered in Lagos, Nigeria. Pastor Chris loves his homeland and his global followers hang onto his every prophetic word from the Lord. Pastor Chris is a teacher, a healer, an author, and the host of an international TV program which can be seen daily. 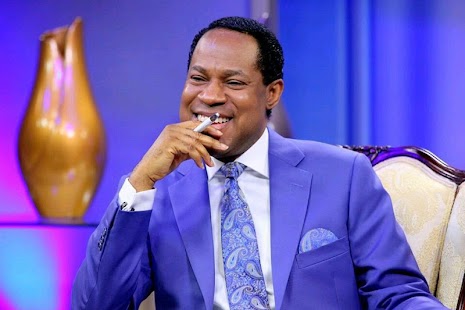 Pastor Oyakhilome leads spirit-filled events like the end of the year holy event that was designed to bring in 2018 with songs of praise. It was an evening of excitement, especially when Dr. Chris Oyakhilome comes on stage with a Glory Hallelujah Praise for the Lord! Whenever Pastor Chris appears on stage, his Christian audience erupts with a sycophancy of cheering. It is amazing that thousands of joyous people are gathered together to see and hear about the word of God through the presence of Pastor Chris. In addition to this New Year’s praise event, thousands more are viewing this event via streaming Internet platforms.

The key features of the night included musical entertainers Martin PK and Sinach. Martin PK performed his 2017 winning song entitled Beautiful Jesus. Sinach performed many Spirit-filled worship and praise songs, while being joined on stage with the pastors of Christ Embassy including Pastor Chris and many others. Everyone gloriously sang the Believers Love World anthem.

The next top event of the evening was announcing the Future African Leaders Award winners. This award honors the young leaders who are making a difference in Christian communities. The audience joined the praise that the young people exhibited when their name was called. Young Ms. Naomi Ekpoki Aliyu was so overwhelmed and filled with the grace of Jesus Christ through Pastor Chris and his encouraging comments, that she went to her knees in tears and praise, as did all the young men and women winners on stage. The congregation burst forth with praise!

Then came the prominent highlight of the evening with the main address by Dr. Chris Oyakhilome. Pastor Chris told his followers how he thanked God for a great year of productivity. Pastor spoke about how all the ministries of Believers Love World has burgeoned. His globally distributed devotional entitled “Rhapsody of Realities” has exceeded over 1 billion copies in more than 900 languages which is used to spread the Word.

Pastor Chris said that he thanked God for the Love World USA ministry which is growing exponentially and is being broadcasted around the world through radio, Internet, TV, and different mobile devices. Added praise to God for other ministries including the amazing healing work that The Believers Healing School is experiencing. The International School of Ministry has trained thousands into the ministry. The magnanimous praise evening concluded with Dr. Chris Oyakhilome stating that 2018 will be a special year with a goal of doing things differently.

One such change that Pastor Chris asked of his followers, was to have all the names of the congregation’s family members placed on the church’s Kings Chat platform so that the church can prayer for them with words of prophesy. To end the evening Dr. Oyakhilome looked up to the heavens and profusely thanked and worshipped God for his kindness, love, grace and more. Again, Pastor Chris told the Christians in the packed-filled auditorium that 2017 was a glorious year of accomplishment for everyone and that 2018 will be just as successful in the omnipotent and supreme name of the Lord Jesus Christ – Hallelujah!